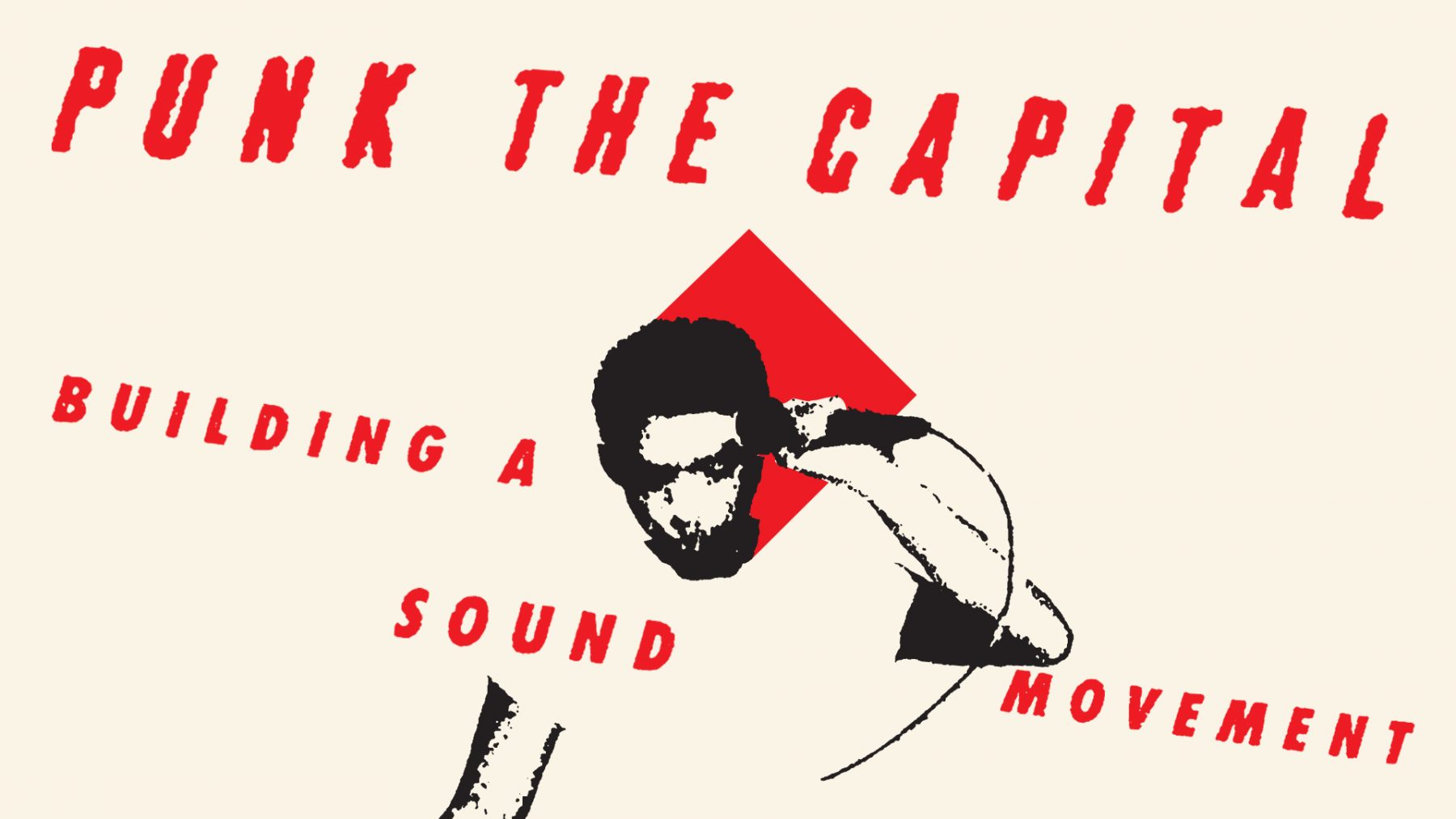 Chronicling the Birth of DC Punk

RSVP for the Screening

Join us at metrobar, DC’s newest bar and arts venue, for a special, outdoor screening of Punk the Capital, which chronicles the emergence of DC’s punk music scene in the late 1970s. Filmmakers James June Schneider and Paul Bishow, photographer Cynthia Connolly, and moderator Jason Hamacher will participate in a q&a session immediately following the screening.

When punk rock exploded in D.C. in the late 1970s, it was a mighty convergence of powerful music, inter-generational friendships, and clear minds. Punk the Capital captures that transformative period, situating DC punk and DC harDCore within the larger narratives of rock ‘n’ roll. Featuring recently unearthed Super-8 film of bands like Bad Brains and interviews with legends like Henry Rollins and Ian MacKaye, Punk the Capital explores why the sounds and ideas from this influential music scene continue to inspire around the world.

All of the panelists have been fixtures in the DC music and creative scene for years. Connolly, who appears in Punk the Capital, photographed the nascent DC punk scene and published Banned in DC: Photos and Anecdotes From the DC Punk Underground (79–86) in 2005. (The book was recently reissued and will be available for purchase at the screening.)

The screening is one of the first events at the soon-to-be-open metrobar, which boasts an actual DC Metro railcar as its centerpiece. But the venue, which is near the Rhode Island Metro Station, has ambitions to be much more than a bar. As an arts space, its mission is to advance cultural, educational, and social programming through collaborative, arts-driven, and authentic DC experiences. metrobar’s programming will focus on local artists and subjects, featuring art installations, a stage, screens and space for talks and other events.

metrobar is located near 640 Rhode Island Ave NE, one block west of the Rhode Island Ave Metro stop and the Metropolitan Branch Trail, with parking available in the old Save A Lot parking lot to the west. We will be observing social distancing and other COVID safety measures, so please bring your masks.

Paul Bishow moved to Washington DC in the mid-70s. He has since made dozens of films, both feature length and short subject, mostly in Super-8 format. They range from the film essay Anarchy and Chaos Prelude, DC to Bad Brains(1979) to the feature fiction film It’s a Wonderful Horrible Life (2001). Many DC punk bands have appeared in his films as well as their members, separately, who at times play roles in the more ‘fictional’ of his works. Footage from his films has appeared in many a documentary including Don Lett’s Punk Attitude and Mandy Stein’s Bad Brains, Band in DC (2012). Paul was also a founding member of the I am Ey e Film Forum which graced DC with an underground film series from 1982-1997.

Cynthia Connolly is a photographer, curator, letterpress printer and artist who lives in Arlington, Virginia. She graduated from both the Corcoran College of Art and Design, and Auburn University’s Rural Studio, worked for Dischord Records and booked an avant garde performance venue, d.c. space. In 1988 she published Banned in DC: Photos and Anecdotes From the DC Punk Underground (79–86) through her independent press Sun Dog Propaganda. Internationally shown and a prolific artist, her photographic work, postcards and books were exhibited in Beautiful Losers in the United States and Europe from 2004–2009 establishing herself as a pioneer in DIY culture. Reviewed internationally, her photography is in many private collections, as well as The J. Paul Getty Museum, The National Museum of Women in the Arts, Smithsonian Museum of American History and the legacy collection of the Corcoran Gallery of Art. The recipient of two National Endowment for the Arts grants for her projects, she has been curator for Arlington County, Virginia for over a decade and continues to search the world both as curator and artist to connect disparate places, people and things.

Jason Hamacher is an internationally recognized musician, photographer, writer, gallery owner and member of the Focus on the Story board of directors. He is the founder and director of Lost Origin Productions and the Lost Origins Gallery in Washington D.C. Lost Origins has taken Jason across the globe, exploring the sights and sounds of culture, music, monuments and people. His archive of recordings and photography from pre-war Syria are in the permanent collection at the Library of Congress. He also grew up in the DC music scene and was a co-founder of the notable DC punk band Frodus. He is currently the drummer for Zealot R.I.P.

James June Schneider was as born in Washington DC and was raised in the city’s mid-80s punk and skate scenes. Since 1992, he has been making films and video performing (under the name Matterlink since 2001). His award-winning work has been screened at film festivals, museums, and spaces of all kinds around the world. Schneider’s filmography includes Blue is Beautiful with Dischord recording artists The Make-Up (1997) and the science-fiction feature The End of the Light Age (2007) starring Lou Castel. More recently, he directed The Band that Met the Sound Beneat h (2012) with the Chilean punk band Panic o and Young Oceans of Cinema, a portrait of France’s “ultimate outsider” filmmaker, Jean Epstein, which premiered at the 2012 edition of the Rotterdam International Film Festival.