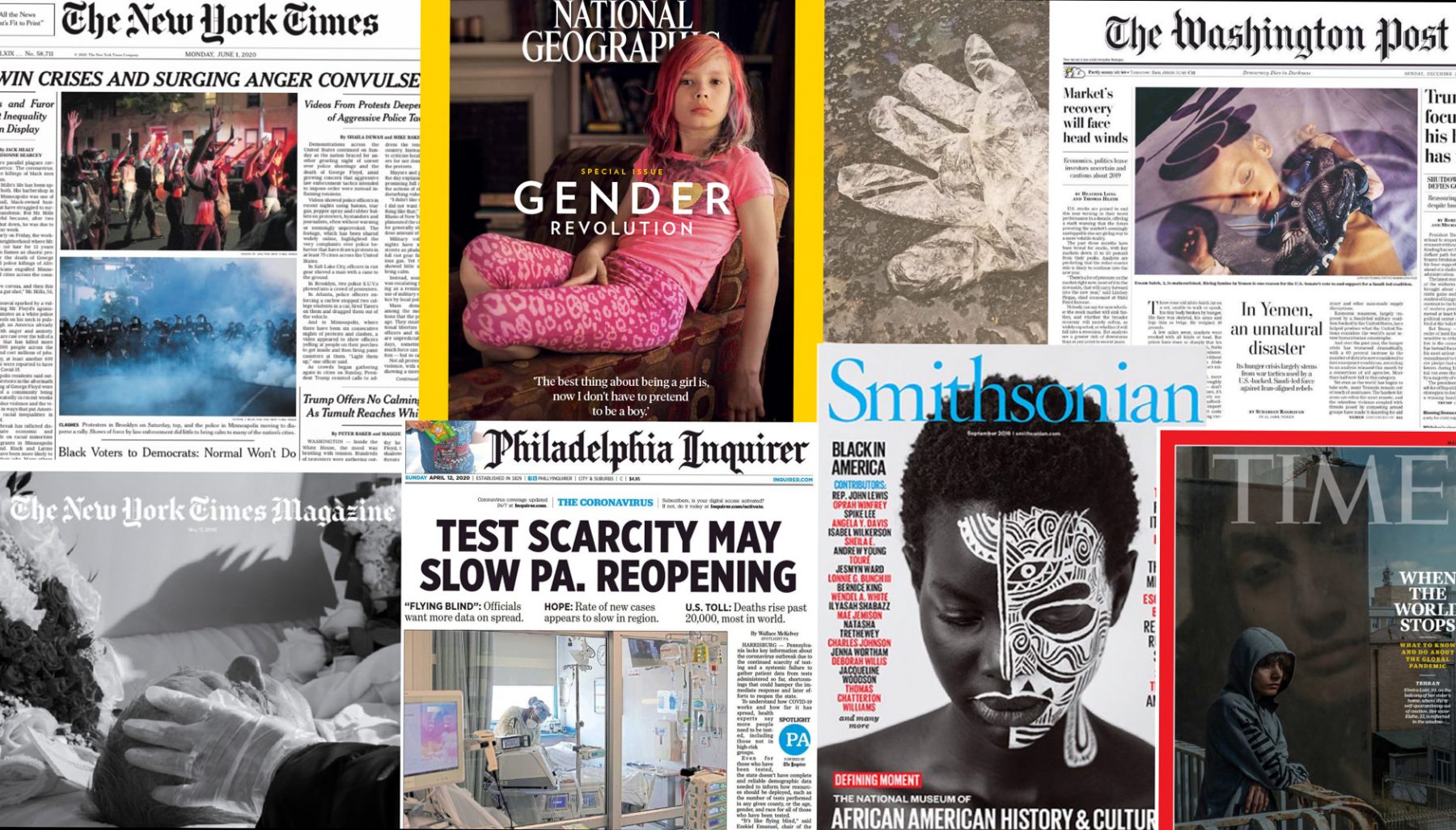 Photo editors on how to pitch to them

Sarah Leen founded The Visual Thinking Collective in 2019 as a community for independent photo editors, teachers and visual managers to serve photographers, media, art and academic institutions, NGOs, and corporate clients in telling their stories in unique, authentic and highly visual ways. She is the former director of photography at National Geographic and, before that, worked nearly 20 years as a freelance photographer for National Geographic magazine until 200, when she joined the staff as a Senior Photo Editor. Sarah has also won numerous awards for both her photography and photo editing from the NPPA, the Pictures of the Year and the World Press Photo Awards.

Danese Kenon is the Director of Photography and Video for the Philadelphia Inquirer. She is. a visual leader, cutting-edge coach and dynamic educator with nearly two decades of photojournalism experience. In the fall of 2000, she was a Chips Quinn Scholar at The Democrat and Chronicle in Rochester, N.Y., and later became a full-time photographer with the paper. After three years in Rochester, she attended the S.I. Newhouse School of Communications at Syracuse University, receiving a Master of Science degree in Photography. A Pulliam Fellowship took Kenon to The Indianapolis Star, where she spent eight years enhancing her knowledge of photojournalism and multimedia presentation. Kenon became a full-time visual editor after taking the position of Assistant Managing Editor/Visuals at the Pittsburgh Post-Gazette in Pittsburgh, Pa., and later as the Deputy Director of Video/Multimedia at the Tampa Bay Times.

Olivier Laurent is a foreign photo editor at The Washington Post, working with the organization’s network of 27 reporters based in 19 foreign locations to offer a comprehensive international report, with a special focus on Africa, Asia and the Middle-East. He also partners with the Post’s social team on photo-driven initiatives and contributes to InSight, the Post’s photography section. In 2019, he was part of the climate team that won the Pulitzer Prize in Explanatory Reporting for the 2ºC: Beyond the Limit series, which “showed with scientific clarity the dire effects of extreme temperatures on the planet.” In 2018, he coordinated the newspaper’s visual coverage of the humanitarian crisis in Yemen, working with Lorenzo Tugnoli, a contract photographer with the Post. The photo essay won the 2019 Pulitzer Prize in Feature Photography as well as a World Press Photo.

Kathy Moran is National Geographic Magazine Deputy Director of Photography. She was the first senior editor for natural history projects at the Magazine. A 34-year veteran of the Society, Moran has been producing projects about terrestrial and underwater ecosystems for the magazine since 1990. Kathy is a former photo editor and founding member of the International League of Conservation Photographers ILCP, and served for many years on the Executive Committee.

Quentin A. Nardi is the chief photo editor at Smithsonian magazine. She is a photo editor/director professional with more than 15 years of national magazine and photo editing experience in both print and digital platforms.

Laura Roumanos is a Lebanese creative producer, originally hailing from Sydney, Australia where she graduated from the prestigious National Institute of Dramatic Arts. Laura worked as a Producer and Arts Administrator before making the big move to NYC, to join the Manhattan Theatre Club. She then headed over to St. Ann’s Warehouse where she was the General Manager for several years, producing and presenting large scale international theatre, music and art events. Laura is currently the executive director and co-founder of Photoville where she has produced over 350 photo exhibitions and public projects throughout the world and has brokered partnerships with hundreds of non-profit, commercial and media entities. While spearheading Photoville over the past 9 years, Laura has also worked as the Senior Producer of Creative Time, Senior Producer of The Future of StoryTelling in addition to Moonlighting as a Line Producer and Director of Operations for the World Science Festival for numerous years.Laura also continues to consult, manage, and produce numerous theatrical shows and events and has built a reputation in the New York Arts scene as someone to go to for consultation and advice regarding public art and multi-disciplinary projects across all mediums.

Marisa Schwartz Taylor is the Washington bureau photo editor at The New York Times, covering government and politics. She previously worked at The Washington Post and TIME. Her visual journalism has been published in The New York Times, National Geographic, Al Jazeera, The Washington Post, TIME, and other publications. Marisa was previously based in West Africa and co-founded Loud Silence Media, a documentary media house covering social issues, serving as Director of Photography from 2012 – 2016. Marisa attended Parsons School of Design and graduated with a BFA in Photography, minoring in Culture and Media Studies.