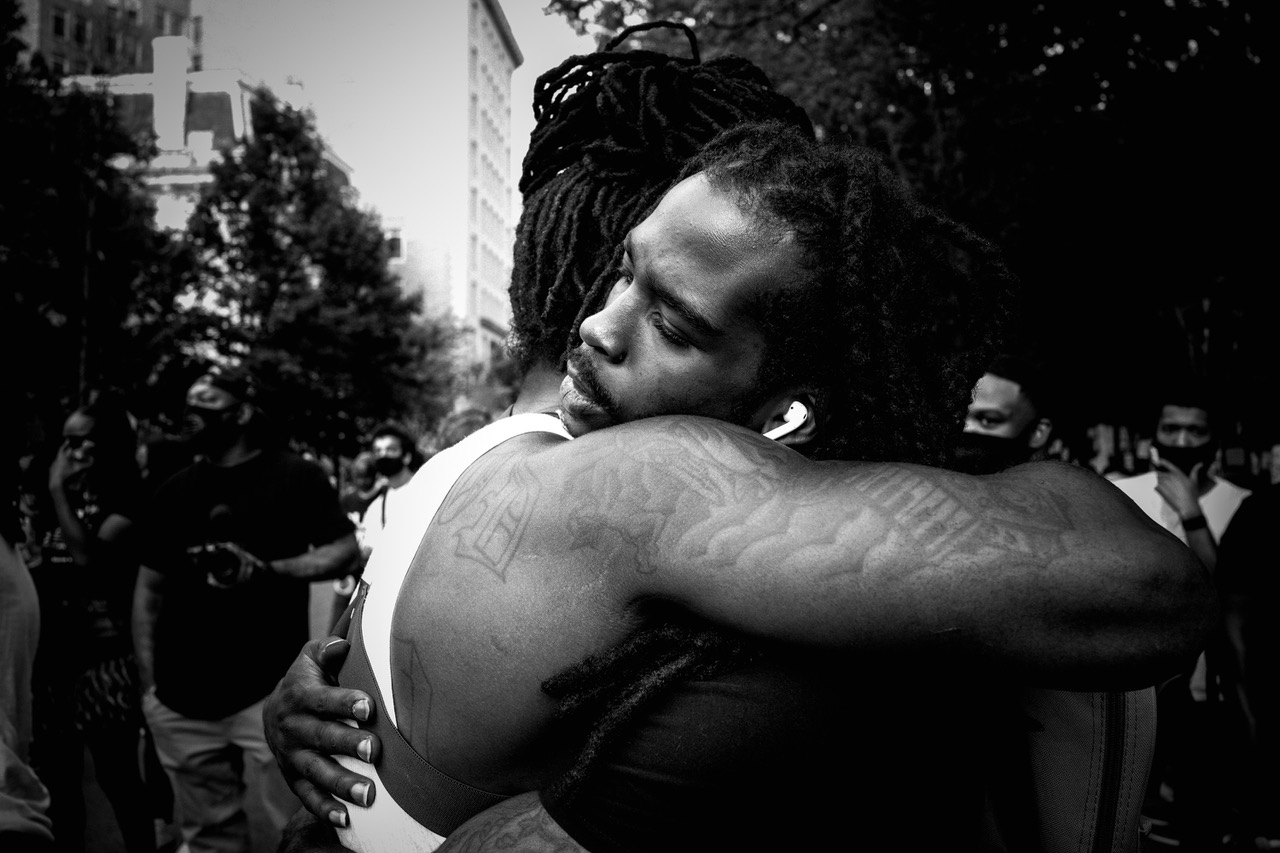 Why Black photographers should tell this story

A panel discussion with Black photojournalists and photo editors on their experiences covering the national reckoning on race and justice brought about by the killing of George Floyd, Ahmaud Arbery and so many others. They talk about their role and responsibility in documenting these historic events and why it’s critical that Black photographers be front and center in telling this story. They share their life experiences and why this is a deeply personal moment that carries the weight of the generations that came before them. It’s also a moment that has exposed a long-standing failure in the media to have Black voices telling the story of the Black experience in America. The panelists will talk about the lack of opportunities for Black photographers and the “#hireblackphotographers movement it has sparked.

Laylah Amatullah Barrayn is a documentary photographer based in New York City. Her work has been supported with grants and fellowships from the International Women’s Media Foundation, Columbia University’s Institute for Research in African American Studies and the Research Foundation of the City University of New York. She is a four-time recipient of the Community Arts Grant from the Brooklyn Arts Council. BRIC Arts selected her as a 2015 Media Arts Fellow where she produced her first experimental short, “Sunu Fall.” The Lucie Foundation included Barrayn on the shortlist for the 2016 “Photo Taken” Emerging Photographer Prize. She is a 2018 En Foco Photography Fellow. Her work has been exhibited internationally and has been published in the Smithsonian-produced anthology, “BLACK: A Celebration of Culture.” Her latest project on Baye Fall sufi order of Senegal was exhibited at Galleria Biagiottie in Florence, Italy and at the Museum of Contemporary African Diasporan Arts in New York City. She is the co-author of MFON: Women Photographers of the African Diaspora.

Brent Lewis is a photo editor at The New York Times working on the Business Desk, assigning visual coverage of technology, the economy, and auto industry. He is also co-founder of Diversify.Photo. Previously, he worked as a Photo Editor at The Washington Post and was the Senior Photo Editor of ESPN’s The Undefeated, where he drove the visual language of the website that is based around the intersection of sports, race, and culture. Before becoming a photo editor, he was a staff photojournalist with stints at The Denver Post, The Rockford Register Star and the Chillicothe Gazette.

Cheriss May is a visual storyteller and adjunct professor at Howard University, her alma mater, in Washington D.C. She was selected by Adobe in 2019 as an education leader for her commitment to creativity in the classroom, and she trains and speaks to educators across the country. Cheriss is passionate about visual storytelling, she loves to tell those stories of marginalized people and issues, and advocates for diversity and inclusion in the media industry. Cheriss is the president of Women Photojournalists of Washington (WPOW), and co-chair of the photography committee at The National Press Club. She has been published in O Magazine, Time, The White House Historical Association, Essence, and The New York Times. Her work is featured in a permanent exhibit: “In Conversation: Visual Meditations on Black Masculinity”, at the African American Museum in Philadelphia. Originally from Kansas City, Mo., Cheriss is an independent photographer based in the Washington, D.C. area, and available for commissions, assignments, and portraits anywhere.

Michael McCoy is a professional photographer in the Washington, DC Area. He specializes in photojournalism, portraits, documentary, and street photography. McCoy’s work has been in publications such as The New York Times, Time Magazine, and Rolling Stone just to name a few. His work has been featured in the New York Times, TIME, Rolling Stone and The Baltimore Sun. In 2017, TIME named McCoy one of the “12 African American Photographers You Should Follow Right Now.”

Joshua Rashaad McFadden is an American visual artist whose primary medium is photography. McFadden explores the use of archival material within his work and is known for his portraiture. He also conceptually investigates themes related to identity, masculinity, history, race, and sexuality.

Lynsey Weatherspoon is a commercial, portrait and editorial photographer based in Atlanta and Birmingham. Her client base is the person next door, the startup still in incubation, the established brand or business, and media. Capturing heritage is important to her and evident in such personal projects as portraits of former members of the Negro Baseball League, Ronnie the shoe repairman, the Gullah Geechee culture of the Sea Islands (featured in Issue Four of Confluence Magazine), and Birmingham’s historic Ensley neighborhood. Her editorial tearsheets include The New York Times, NPR, AFAR Magazine, The National, Sierra magazine, ESPN The Undefeated, The Bitter Southerner, and Birmingham’s B-Metro magazine as well as a number of trade publications. Commercial projects include Cox Communications, Coca-Cola, McDonald’s, Google, Blue Cross Blue Shield Alabama, and Wells Fargo. As a portraitist, Lynsey can see where people sitting for her have come from, and where they are going. Using her experience as a public speaking instructor, Lynsey enjoys helping others face their fears to make presentations and tell their own stories.