2019 Focus on the Story Awards: Presenting the Series Winners

Like the best stories do, the winning entries in the series category of the 2019 Focus on the Story Awards transport us to a different place. Looking at the images, we imagine bracing ourselves while we struggle to find purchase on the loose dirt and rocks at our feet, or we find ourselves in the middle of thundering hooves as we hold tightly to the reins. We are there in a dark room — isolated, alone and afraid to go outside where the chemicals in the air could kill us.

We’re honored to recognize three fine examples of impactful storytelling. The First Place Prize goes to Italian photographer Fabio Bucciarelli for his coverage of Central American migrants at the U.S.-Mexico border. As juror Molly Roberts cited in making his series her “judge’s choice” selection, Bucciarelli “shows the combination of hope, fear and desperation that the migrant families leaving Honduras endure. This captured moment helps to humanizes the migrant crisis dilemma, and puts the viewer in the migrants shoes, momentarily.” Bucciarelli will receive a $1,000 award.

The First Runner Up is Belgian photojournalist Alain Schroeder for his dramatic images of young boys racing horses in Sumbawa, Indonesia. Schroeder, a multiple winner in last year’s contest, will receive a $500 award. The Second Runner Up is Spanish documentary photographer Carmen Sayago for her intimate look at women living with multiple chemical sensitivity syndrome. She will receive a $250 award.

Submission statement: “Thousands of migrants have arrived at the US-Mexico border city of Tijuana after traveling more than 4,000km from their home countries in Central America. Most of them are fleeing persecution, poverty and violence in Honduras, Guatemala, and El Salvador and are looking for a safer and better life in the United States. For Central American migrants who want to apply for the asylum and enter legally in the USA, requests through the official port of entry are processed slowly and only a few per day, as authorities tighten up asylum rules. Migrants may face a long permanence in Mexico. Moreover, Tijuana was rated (by Mexican think tank Seguridad Justicia y Paz) as the fifth most violent city in the world in 2017, with a higher murder rate than the Central American cities from which the migrants are escaping. All this make things complicated for Central American migrants, and many of them decide to cross illegally the US-Mexico wall and apply for asylum as soon as handed themselves into Border Patrol agents (USBP) – a legal practice that, in recent years, had become common among Central American asylum seekers. US President Donald Trump has lashed out at the migrants, calling them an “invasion”, which he said threatened to “overrun” the US. He sent troops to the border, authorized the use of force and threatened to shut down the frontier if the migrant caravans are not stopped. He issued an order denying the possibility of asylum to migrants crossing the southern border illegally – but that order has since been halted by a US federal judge.”

Bio: “Fabio Bucciarelli is a award-winning photographer and author known for his documentation of conflicts and humanitarian consequences of war. In the last decade he has covered extensively the major world changing events in Middle East, Africa and Europe. Bucciarelli’s documentary works have been recognized with the most prestigious awards in the profession including the Robert Capa Gold Medal, World Press Photo, Prix Bayeux-Calvados, Pictures of The Year and Days Japan International between others. Fabio’s images are frequently published in international magazines and newspapers and his images are exhibited, with solo and group exhibitions, in museum and galleries worldwide and his artworks appears in several collections.” 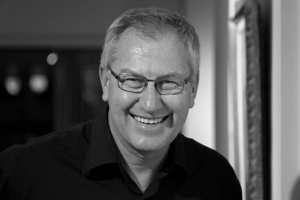 Submission statement: “Once a game between neighbors to celebrate a good harvest, horse racing was transformed into a spectator sport by the Dutch in the 20th century to entertain officials and nobility. The unique features of Sumbawa racing are the notoriously small horses and fearless child jockeys, aged 5-10, who mount bareback, barefoot and with little protective gear. Maen Jaran (the Indonesian name of the game) takes place during important festivals and holidays throughout the year at racetracks across the island and remains a favorite pastime for Sumbawans. Rules have evolved, horses are now classified by age and height, yet kid jockeys continue to risk their lives for 3,50 to 7 euros per mount often racing many times in one day, and every day during the racing week, pushed by parents and relatives given the potential earnings that far outweigh the poor returns on crops often plagued by drought.”

Bio: “Alain Schroeder is a Belgian photojournalist born in 1955. In 1989 he founded Reporters (http://www.reporters.be), a well-known photo agency in Belgium. He has illustrated over thirty books dedicated to China, Persia, the Renaissance, Ancient Rome, the Gardens of Europe, Thailand, Tuscany, Crete, Vietnam, Budapest, Venice, the Abbeys of Europe, Natural Sites of Europe, etc. Belgian titles include, « Le Carnaval de Binche vu par 30 Photographes », and « Processions de Foi, Les Marches de l’Entre-Sambre-et-Meuse ». Publications include National Geographic, Geo, Paris-Match,… He has won many international awards including a Japan Nikon Award 2017 for the Rohingya series, the TPOTY Travel Photographer of the Year Award 2017 with the series Living for Death and the series Kushti, and 1st prize at World Press Photo 2018 for the series Kid Jockeys in the category Sports Stories,… and participated in numerous exhibitions worldwide. He is represented in France by Hemis.”

Second Runner Up - Birds of Pollution 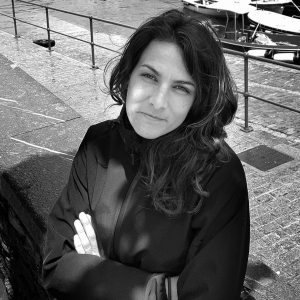 Submission statement: “We live in a highly industrialized society in which we coexist daily with an environment saturated with chemical substances. We eat them, we breathe them, we touch them … For the majority of the population, many of these elements are harmless, but not for everyone. Dizziness, vomiting, fatigue or loss of consciousness are some of the symptoms that people with multiple chemical sensitivity syndrome (MCS) have to deal with on a daily basis. Known colloquially as environmental disease, this pathology has its origin in the adverse reaction to various chemical compounds present in our food and environment. Those affected by this syndrome live ignored by institutions, by doctors and, even, misunderstood by an environment unable to recognize an imperceptible condition, which can not see or touch, nor feel, deriving patients to a social condemnation in which even questions their psychological integrity. Birds of pollution collects the life of a series of women affected by MCS who need seclusion to survive, since they must obey a strict protocol that avoids contact with these chemicals or with people who have been exposed to these substances. The purpose is to keep away from home a threat that keeps their lives under a constant invisible danger, in a claustrophobic routine full of shadows. The home becomes an isolation chamber, perspective is lost and the relationship with an outside world is becoming unreal.”

Bio: “Carmen Sayago (Spain, 1983) is a documentary photographer based in Spain. Her work mainly focused in social issues, although the curiosity of this photographer makes it also focus other issues very little known by society, creating in each reportage a language of its own. Since 2016, she is working in a project related to pollution and climate change. A problem that directly affects humans and that very few people know. Her pictures have been published in the important papers and magazines national e international such as Days Japan, Il Reportage, XL Semanal, El Mundo, Vanity Fair… With this project she has obtained multiple recognitions such as: 2018. Finalist Luis Valtueña Awards 2018. Winner editorial enviromental ND Awards 2018. Winner Photon Scholarship. 2018. Finalist La Máquina Scholarship. 2018. Finalist Signoeditores Numen Awards. 2017. Honorable Mention International Photography Awards (IPA). 2017. Selected The Biennial Grant May. 2017. Honorable Mention Monovisions Awards.”

The donation of organs, source of life and hope