Presenting the winners of the 2018 Focus on the Story Awards

One of the things that we asked entrants in the inaugural Focus on the Story Awards to do was to show us compelling stories that explored the human condition. Hundreds of entries answered the call but, after two rounds of judging, it was clear there was one photographer who rose above the crowd.

Alain’s series of images from 2016 shining a light on the struggles of the Rohingya Muslim minority in Myanmar was the co-winner of the Best Series Award. James’ series from 2017 on the human toll of Filipino President Rodrigo Duterte’s extrajudicial war on the drug trade shares the Best Series Award. Alain and James elected to split the top prize in Best Series, rather than force a tiebreaker. They will each receive $750 for their work. Alain will also receive $1,000 for the Best Single Image for his photo of a blood-splattered father and son taken during a ceremonial procession in Hyderabad, India.

In addition, judges singled out two of Alain’s other entries in the Single Image category. His image of  a woman sleeping on the ground in Calcutta was a runner-up, and his image of two men training in Kushti, an ancient and traditional type of Indian wrestling, received an honorable mention.

We’re honored to recognize and support both Alain and James for their important documentary work. We’d also like to congratulate the runners up, shown below. Thanks also goes out to our esteemed jurors, Svetlana Bachevanova, publisher at FotoEvidence, acclaimed documentarian Ed Kashi, and former National Geographic photo editor Elizabeth Cheng Krist, as well as to our competition partner, LensCulture, which helped us manage and promote the contest.

The winners of the 2018 Focus on the Story Awards will be exhibited during the upcoming festival in Washington, D.C.. 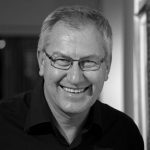 “Alain is a Belgian photojournalist born in 1955. In 1989 he founded Reporters, a well-known photo agency in Belgium. He has illustrated over thirty books dedicated to China, Persia, the Renaissance, Ancient Rome, the Gardens of Europe, Thailand, Tuscany, Crete, Vietnam, Budapest, Venice, the Abbeys of Europe, Natural Sites of Europe, etc. Belgian titles include, Le Carnaval de Binche vu par 30 Photographes, and Processions de Foi, Les Marches de l’Entre-Sambre-et-Meuse. Publications include National Geographic, Geo, Paris-Match… He has won many international awards and participated in numerous exhibitions worldwide. He is represented in Paris by the photo agency HEMIS.” 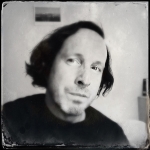 “James is a Japan-based documentary storyteller. His work has been published and exhibited throughout the world and led to four award-winning monograph photo books, including, Empire: Impressions from China and Black Tsunami: Japan 2011. Projects have been cited with the Alfred Eisenstadt Award (from Columbia University and Life Magazine), Leica’s Oskar Barnack, Picture of the Year International, NPPA Best of Photojournalism, PDN and others for work from China, Japan, Afghanistan and Burma (Myanmar), etc. In 2015, he founded EverydayClimateChange (ECC) Instagram feed, where photographers from 6 continents document global climate change on 7 continents. ECC is not a western view on climate change because photographers come from the north, the south; the east and the west; and are as diverse as the cultures in which we were all raised. Delano is a grantee of the Pulitzer Center on Crisis Reporting.”

Alain Schroeder for Best Series (tie): "Who will save the Rohingya?"

“The Rohingya Muslim minority is an inconvenient ethnic group for the new government of Myanmar … While many of the country’s 135 ethnic minorities have been subjected to discrimination and human rights violations, only the Rohingya, the Muslim population of Burma’s western Rakhine state that borders Bangladesh, have been stripped of all rights including citizenship (1982) … In June 2012, a cortege led by radical Buddhist monks, Rakhine Buddhist civilians (discriminated against in their own right and fueled by decades of anti-Muslim sentiment) and police stormed thru Rohingya neighborhoods in the capital of Sittwe slaughtering people, burning homes and mosques. The “conflict” (as it is commonly referred to), well-orchestrated by the government, effectively displaced approximately 140,000 Rohingya forcing them into detention camps on the outskirts of the city … While the country’s historic turn towards democracy should be encouraging, the plight of the Rohingya is far from over and on the ground the prospects for this traumatized minority look rather grim.”

Elizabeth Cheng Krist: “The dramatic framing and toning in many of the images evoke and reinforce the tension in the plight of the Rohingya. The photographer, Alain Schroeder, documented both intimate situations with families (including one that had just lost a member due to lack of medical care), as well as overview scenes that provide context. While recently there has been greater coverage of the Rohingya, there is still a need for more awareness.”

“The impoverished and powerless, trapped in squalor, believed that, in Duterte, they’d finally found their savior, their champion. Instead Duterte has unleashed masked assassins in a spasm of slaughter that hangs thick and heavy, like a medieval darkness, creating a siege mentality in the slums – delivering assassination with impunity, without pause – an estimated 12,000 deaths (Human Rights Watch/ Dec. 2017) and counting … As is common with any form of war or violence, the vast majority of those left to raise fatherless children are women. This series tells their stories. Because you don’t hear much, if anything, anymore about the drug war, these words by Martin Luther King, Jr. make more sense than ever, ‘the silence of the good people is more dangerous than the brutality of the bad people.’ This story must be told and my goal is not to rest until I can share the truth to everyone willing to look and listen.”

Ed Kashi: “James Whitlow Delano’s photo essay on the agony of the Philippines’ current extrajudicial killings is at once poignant, human and artistic, yet the aesthetics of his images do not interfere with the emotional connection of the actual events being depicted. This essay is exemplary of what intimacy and dignity in documentary photography can achieve in telling stories of importance while engaging the viewer on a visceral level.”

“The Day of Ashura is on the tenth day of Muharram in the Islamic calendar and marks, for Shia Muslims, the climax of the remembrance of the martyrdom of Husayn ibn Ali, the grandson of Muhammad at the Battle of Karbala (now in Iraq) on 10 th of Muharram in the year 680 CE or AD. The massacre of Husayn with a small group of his companions and family members has ever been remembered with sorrow and passion by Shia Muslims. The Sheikh of the mosque retells the story of the Battle of Karbala to allow the listeners to relive the pain and sorrow endured by Husayn and his family. Participants congregate in public processions for ceremonial chest beating. Certain traditional flagellation rituals use a sword. Other rituals involve the use of a chain with blades. These religious customs show solidarity with Husayn and his family. Through them, people mourn Husayn’s death and regret the fact that they were not present at the battle to fight and save Husayn and his family. Some Shias also believe that taking part in Ashura washes away their sins.”

Krist: “Ashura always affords an irresistible and powerful expression of religious feeling for photographers like Alain Schroeder. The focus on the wide-eyed child splattered with blood, and the nearness of his father to us as viewers, draws us into the scene.”

“Tourists and volunteers watch zebras being released into a semi-wild ecosystem that is monitored by conservationists for a lion breeding and release program.”

Miki Iwamura is an independent photographer based in Brooklyn, New York. You can see more of her work on her website.

“Salamatu Umar was photographed in Maiduguri, the capital of Borno State, northeastern Nigeria. She was kidnapped by Boko Haram and given to one of their commanders as a wife. She was in captivity for a year, during which time she had a baby. She escaped and is now back with her family.”

Babajide Adeniyi-Jones is a Nigerian-born photographer who lives in Silver Spring, Maryland. You can see more of his work on his website.

“Even as a young punk I was fascinated with the spectacle of Hollywood Boulevard. Equal parts circus and train wreck, for me it has always been a microcosm of all that is funky about America. Celebrity worship, garish displays of wealth, drug addiction, homelessness, exploitation, and urban decay, all on display for mindless tourists who meander through, handing out the money that perpetuates it all.”

Andy Hann is a street photographer who lives in Los Angeles, California. You can see more of his work on his website.

“India, West Bengal State, Calcutta. Dreamland. People sleeping, day and night, alone or in groups, are an integral part of the Indian landscape. All types of social groups find it perfectly normal to sleep in what might be considered unusual places.”

Manel Quiros for Best Series Runner Up: "Living in Solitude"

“Banishanta – located on a small riverbank village in Mongla, southern Bangladesh, is one of twenty legal brothels in the country. Populated by women who ‘do not exist,’ many in their young teenage years, who never imagined themselves destined to a life as sex slaves. Sold, kidnapped or coerced, most are unregistered at birth and possess no passport or document with which to identify them. A fact that makes it nearly impossible for them to leave the island in search of a better life when they are no longer of value to their Madame …”

Manel Quiros is a documentary photographer based in Edinburgh, United Kingdom. You can see more of his work on his website.

“Kings & Queens in Their Castles has been called one of the most ambitious photo series ever conducted of the LGBTQ experience in the USA. Over 15 years, Atwood photographed more than 350 subjects at home nationwide, including nearly 100 celebrities. With individuals from 30 states, Atwood offers a window into the lives and homes of some of America’s most intriguing and eccentric personalities.”

Tom Atwood is a portrait photographer who lives in the Bronx, New York. You can see more of his work on his website.

“Kushti is the traditional form of Indian wrestling. Practiced in an Akhara, the wrestlers, under the supervision of a guru, dedicate their bodies and minds to Kushti on average for 6 to 36 months. It is a way of life and a spartan existence that requires rigorous discipline. Experienced wrestlers set the example and transmit their skills in the pit and in the community to the younger boys (7-8 years old) and new recruits, whereby promoting camaraderie, solidarity and fraternity.”

“I’ve always felt separate, funny-looking, too expressive. I’m usually horrified when I see myself in a photograph, but I have to be the person in the portraits I make. It’s torture and it’s inevitable. These photos are my surreal world.”

Marcie Rich is a photographer who lives in California. You can see more of her work on her website.